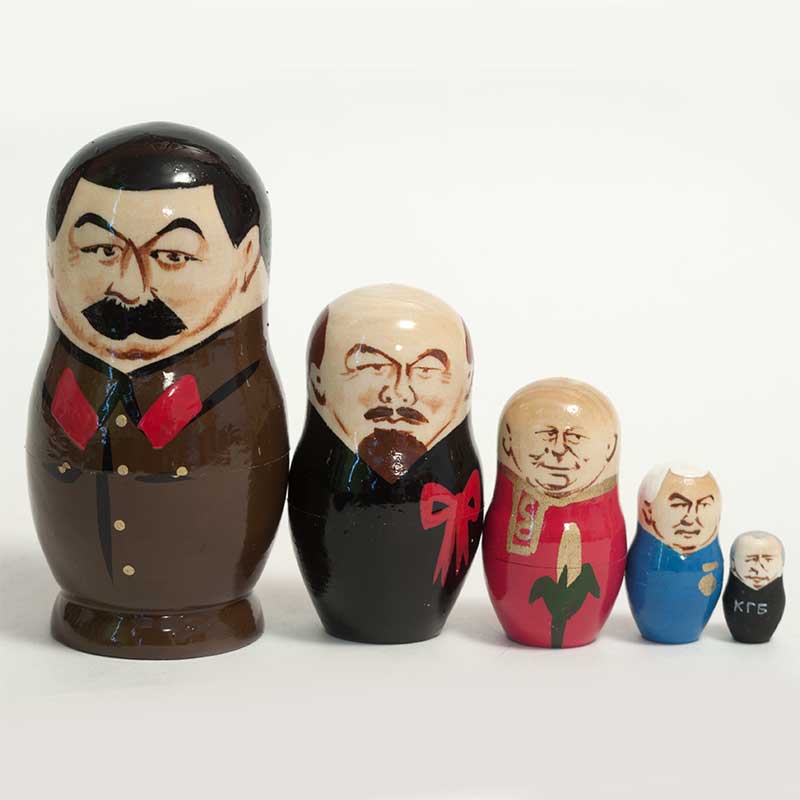 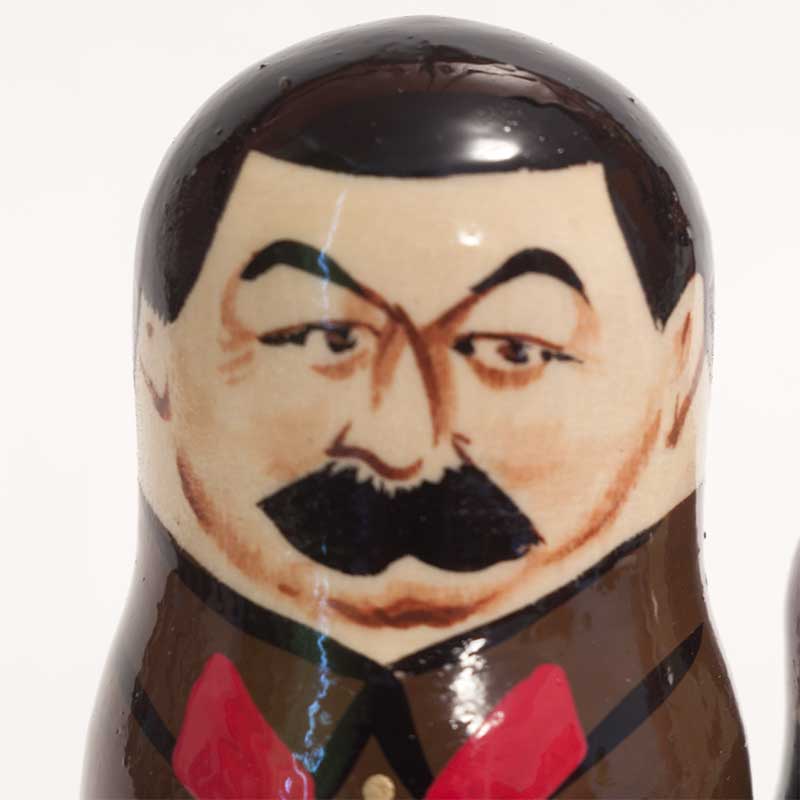 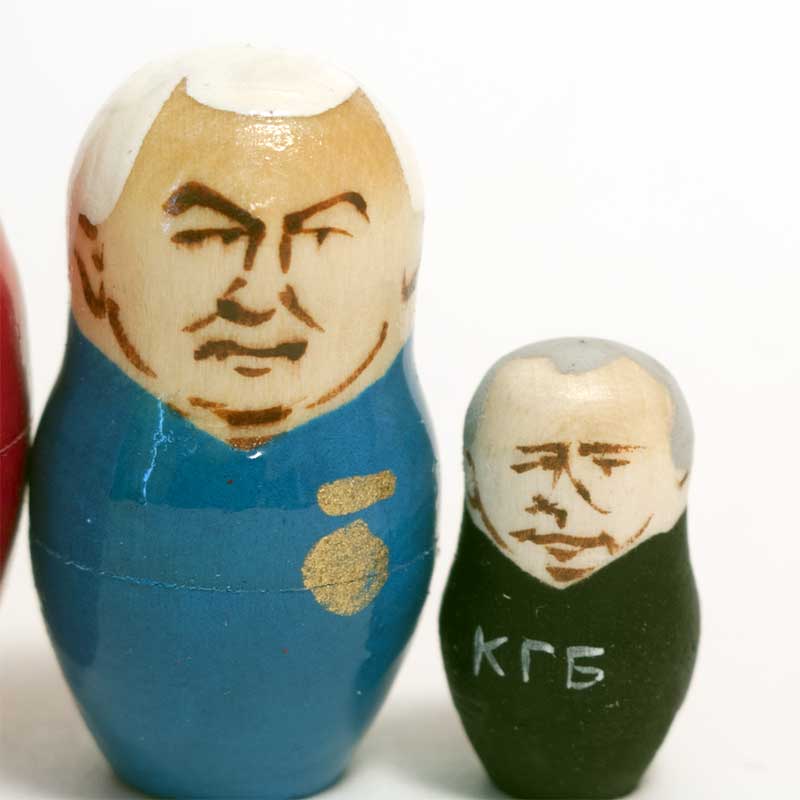 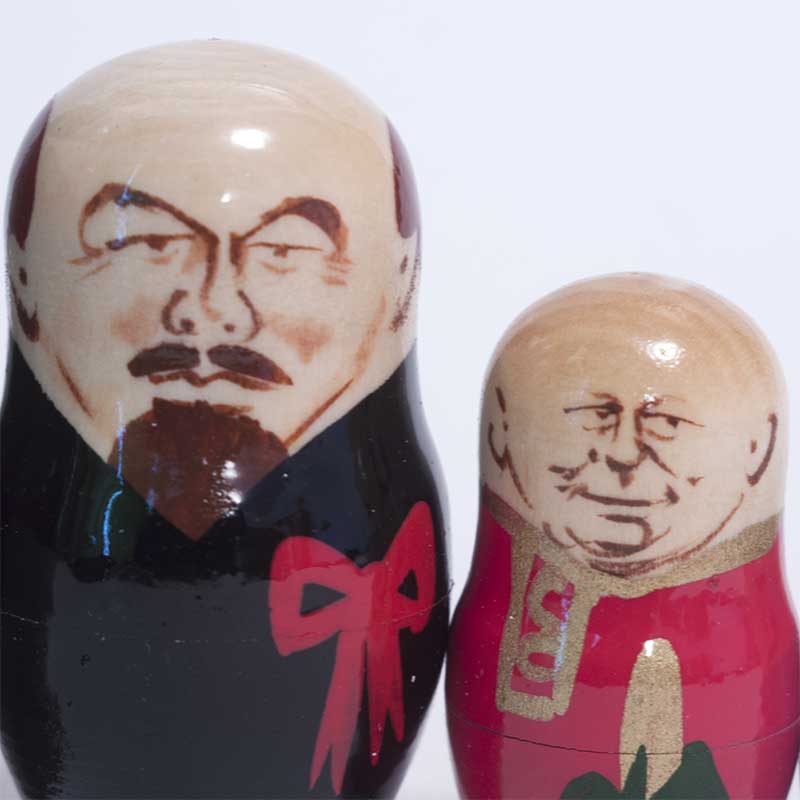 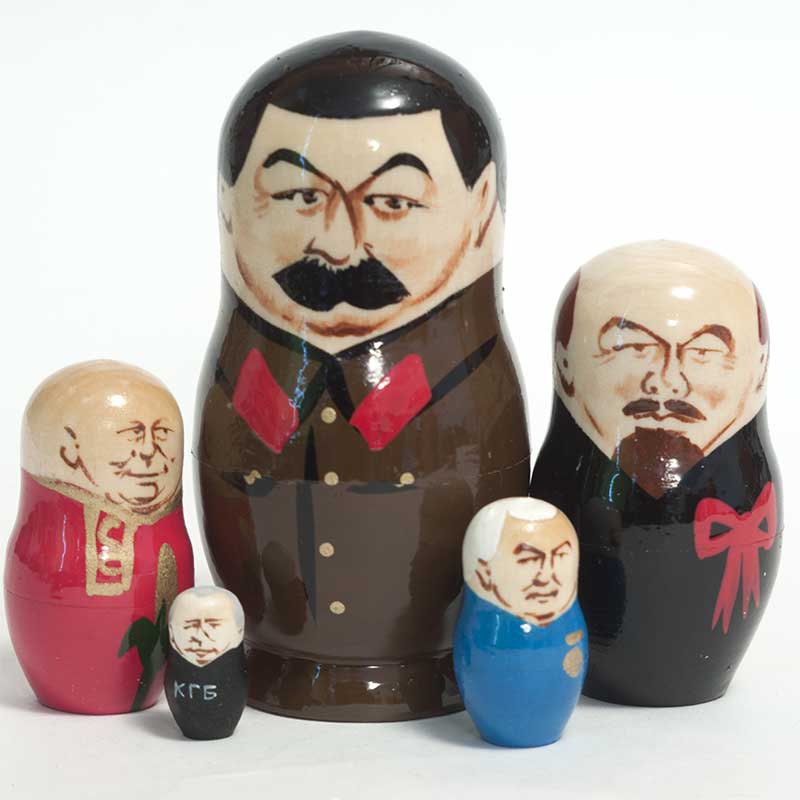 Joseph Stalin and Other Russian Political Leaders Nesting Doll is a classical Russian political leaders nesting doll which appeared in late 80-s. This matrsyoshka describes leaders witn Stalin on the first doll and some leaders of the USSR and modern Russia. Here are painted leaders:

The nesting doll is painted by hand!

The nesting doll is painted by hand - pay your attention at it as during last years such nesting dolls are no hand-painted, artists use pictures which they fix on the blank form

The nesting doll is well finished with glossy oil lacquer.