Telnyashka (literally in Russian means "body shirt) is a Navy undershirt which is made of knitted hosiery fabric with alternating horizontal blue and white stripes. Telnyashka is a part of Russian (in past Soviet Union) Navy troops, troops of marines and Airborne Troops. Telnyashka is a symbol of man's courage so all soldiers who wear it are proude and faithful to their naval and military service. Very often men who left service in Navy or in VDV (short from "Voenno-Desantnie Voiska" - elite Russian Airborn Troops) continue to wear telnyashka as an undershirt.

There is an exact date whe Russian telnyashka naval undershirt "was born" in August 19 1874 when Russian tsar Alexander the Second signed the edict about uniform of Navy troops. There was detailed description of telnyashka. It was described as a weaved shirt made of 50% wool and 50% cotton threads. Width of blue stripes was 1.1 cm, width of white stripes - 4.4 cm. So the first Russian telnyashka was not the same as we used to see. The modern "design" of telnyashka was accepted only in 1912 and width of white and blue stripes became equal - 1.1 cm. 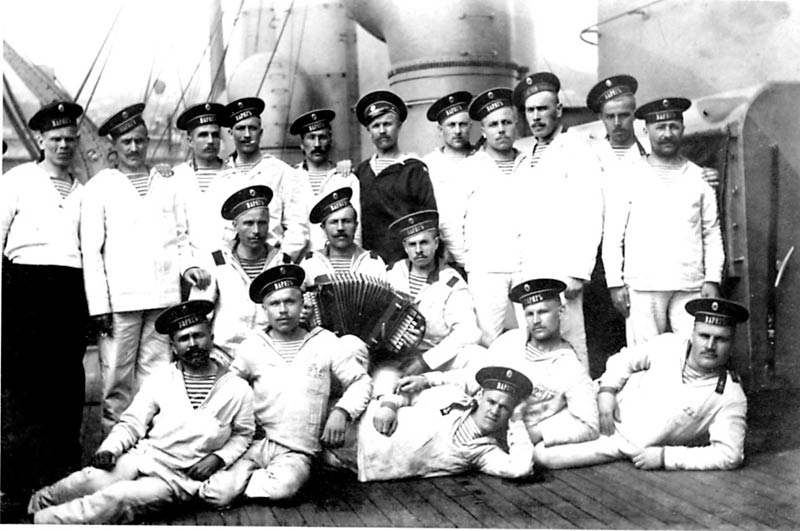 For justice sake we should mention that telnyashka as a shirt od sailors like the whole Navy uniform came to Russia (and to many other countries) from Holland. The weaved jersey was very comfortable - it kept a sailor worm and protected from cold winters and in the same time it fitted tightly the body (now you know why it is called "telnyshaka - body shirt"!) and did not pin down the movement of the body. They say that in past sailors crocheted themselves their shirts, in this way they made steady nerves and passed the time.

With time telnyashka got very popular. When in 80-s an informal group of artists from St.Petersburg was organized under name Mitki (after short form of the name of the leader Dmitriy Shagin) the artistic brotherhood made telnyashka their symbol. Сreative works of this interesting artist group, their mode of life and philosophy worth to be described in a separate article, here we just want to say that marine theme became a large part in works of these artists, probably, because St.Petersburg is located on the shore of Baltic sea. Till this time these not young artists organized their meetings and always their wear telnyashka. Below you can see some pictures of artists from group Mitki. 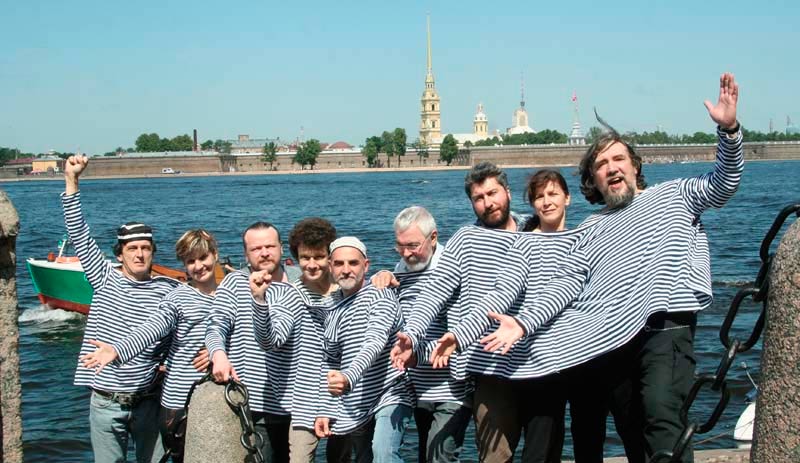 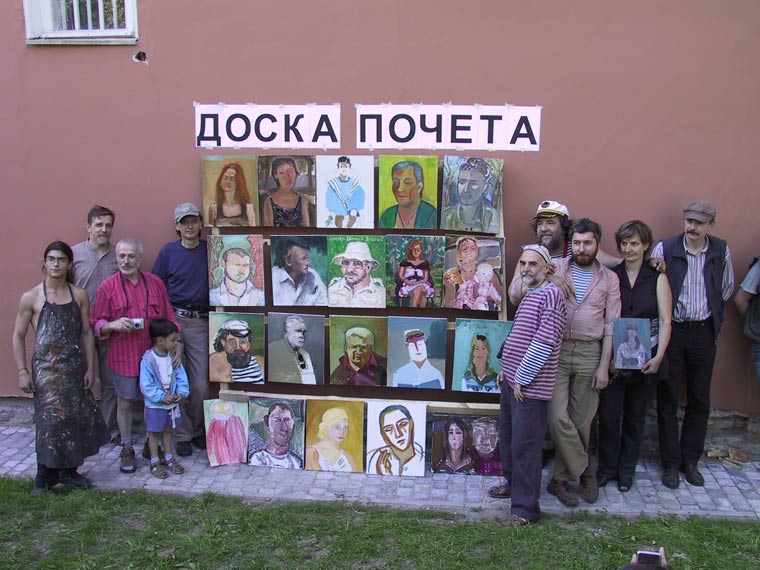 It is necessary to say about other Army troops who wear telnyashka. These are troops of VDV, elite troops who are trained for special missions. There is very strict selection of young men who can serve in VDV, they are brave, strong, fearless. Soldiers and officers of these troops wear telnyashkas with sky blue stripes. There is very strong spirit of brotherhood of people who served in VDV. Here in Russia on August 2 many former soldiers of VDV gather in some certain places in many towns of Russia and recollected days when they were in the Army. Often they drink beer and only beer and after that they like to swim in fountains. Police usually is quite lenient in such situation and there is a simple explanation for it. Usually soldiers of VDV take part in different wars like war in Afghanistan, Chechnya and other places, many young boys perished and those who returned back home alive have traumatized state of mind 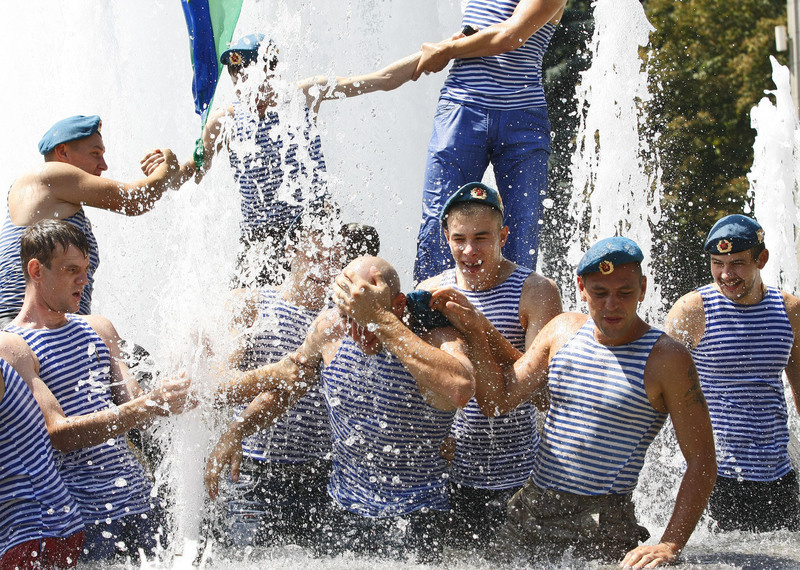 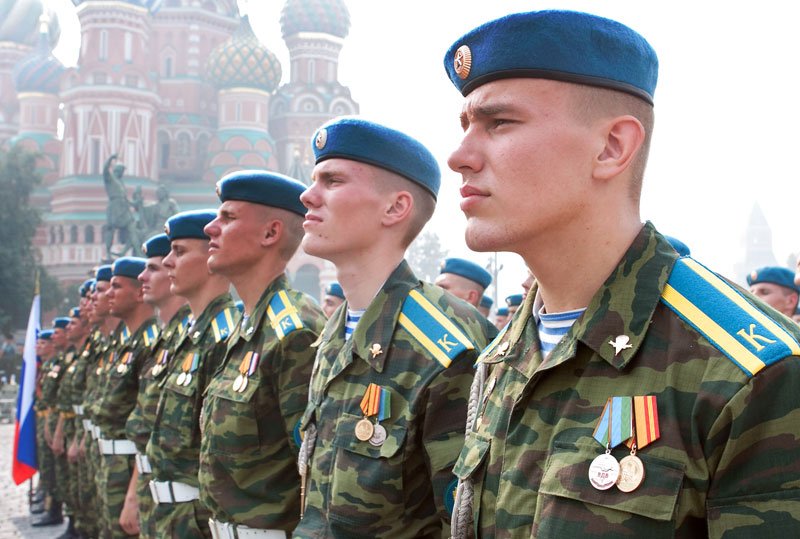 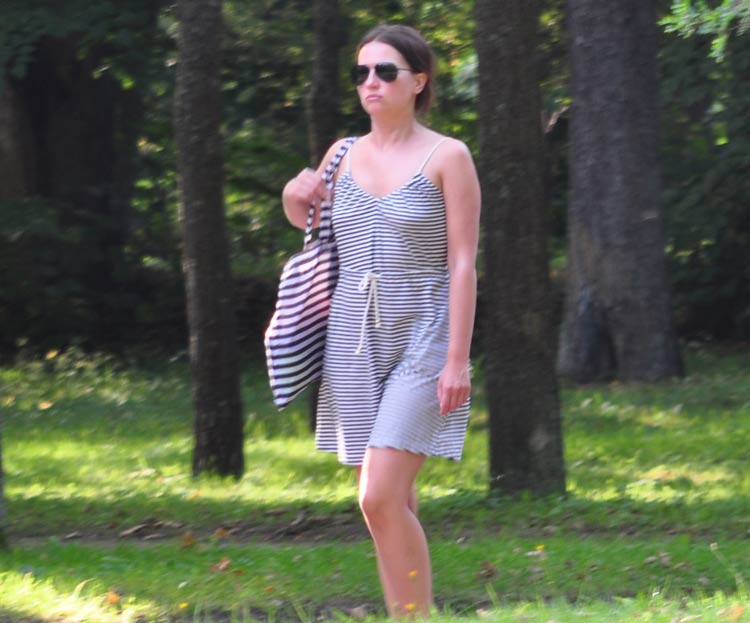