Mother of God Of the Three Joys 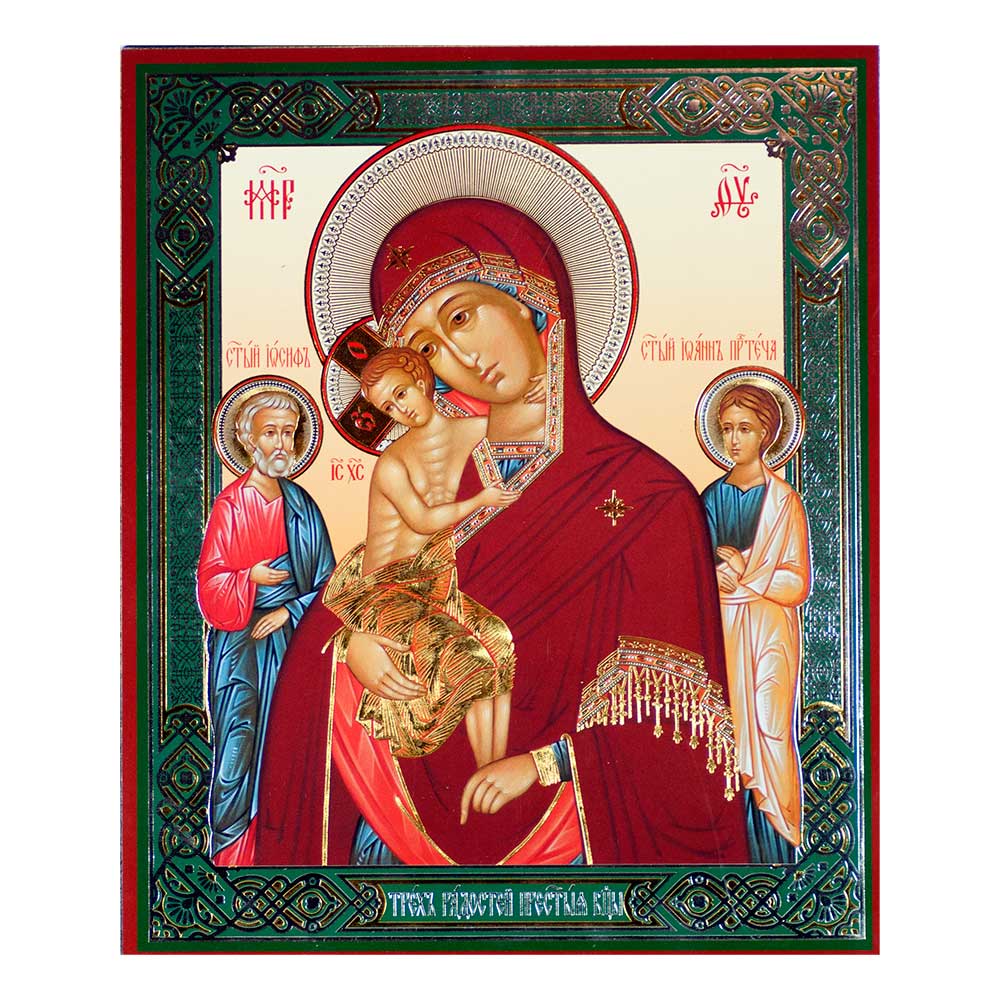 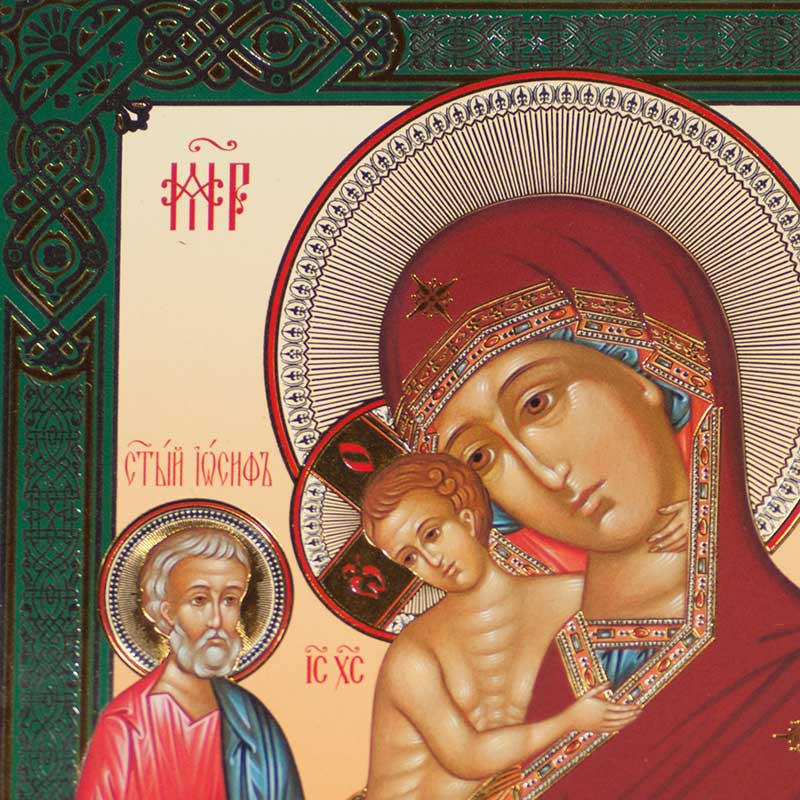 This is a Russian Orthodox icon Mother of God Of the Three Joys.

In early 19th century a certain pious painter brought with him from Italy a copy of the painting of “The Holy Family” and left it in Moscow with his relative, the priest of the Trinity Church on Pokrovka, while he himself soon went back abroad, where he died. The priest, receiving the news of his relative’s death, donated this icon to his church and placed it over the entrance. Forty years passed. A certain noblewoman suffered heavy losses one after another within a brief period of time: her husband was slandered for something and sent into exile, her estates were impounded by the Treasury, and her only son was captured by the enemy during the war. The unfortunate woman sought comfort in prayer and entreated the Heavenly Queen to intercede for her and beseech God’s mercy for the innocent sufferers. One time she heard a voice in her dreams, commanding her to find an icon of the Holy Family and pray before it.

For a long time the sorrowing woman sought this icon among the churches of Moscow, until she finally found it at the entrance into the Trinity Church on Pokrovka. After earnestly praying before this icon, she soon received three pieces of joyful news: her husband was vindicated and returned from exile, her son was liberated from captivity, and her estates were returned to her by the Treasury. For this reason the icon was named “The Three Joys.”

The icon was made in Sofrino church factory, this is in Moscow region.

Image of the icon is made in high-quality polygraphic with double layers of metallographic printing. It is pasted to the wood or plywood plate basis.

The icon was consecrated by the provost of the Russian Orthodox church of St.Seraphim in Sofrino village.
This is a religious object, please, treat it carefully and in a worthy manner